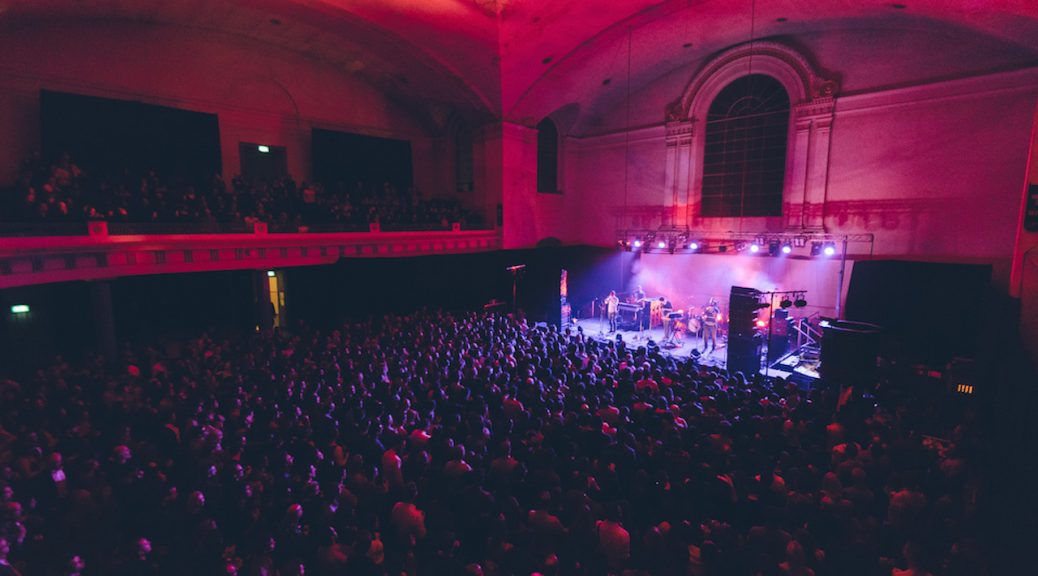 Saturday, 5th of December I was In London.
I was In a Church.
St. John Church in Hackney.
And I was there for see one Band.

Yes, The FAUST, The legendary KrauthRock Band from The 70s.

You Can or You Can’t believe me but after 4 Days I’m still thinking about it.
Probably this Should happen every time you go to see some Band playing.
That was more the only Music.
It was something beyond,
Something conceptual, almost theatrical, in a balance between the spiritual and the experimental.
A frantic search to amaze, to dig deep, to surprise, to search for new sounds through any kind of object, instrument, technology and expression.

Communicative Extremism would call it.

Look toward the Stage and remains stunned.

Are you watching a sort of Aliens landed on Earth !?
Full of madmen on the loose.

After 44 Years since their first debut Album Faust still sound too ahead for mere Mortals.