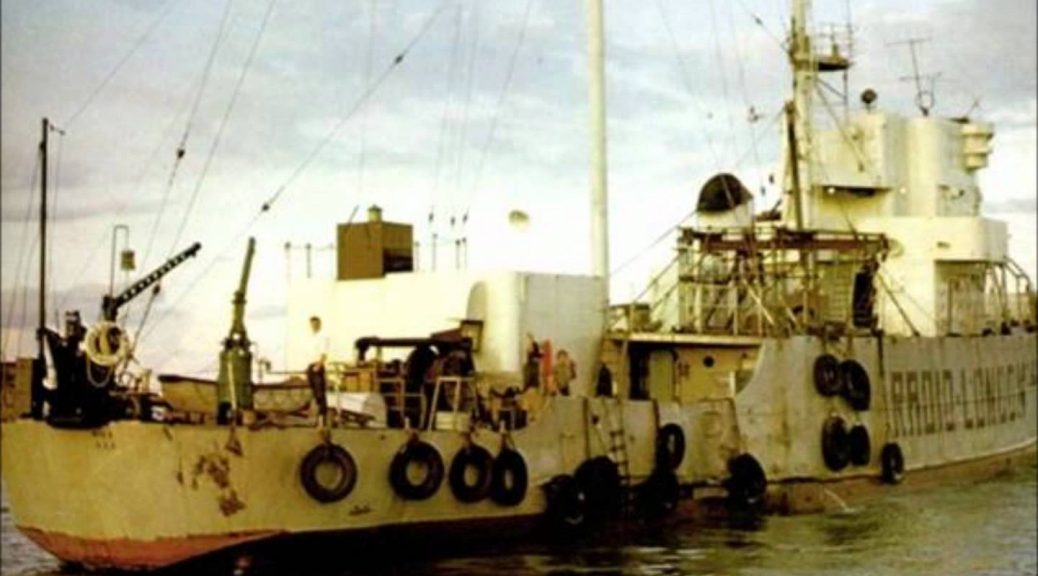 The Beatles’ A Day in the life, From the Album Sgt. Pepper’s Lonely Hearts Club Band (an album track banned by the BBC), was the last song transmitted.
Paul, the Station’s first Voice, became its last as he closed Radio London down for the final Time.

I always loved listening to the radio, although nowadays it is not easy for me and probably for many other people like me to find programs that attract my/our attention.
And that’s why I look back to the past with certain envy when I hear talk about the pirate radios phenomenon in the 60’s.
I close my eyes and I try to imagine how much excitement might have tried a boy in full adolescence knowing to be tuned to a frequency which broadcast

Undoubtedly, all this was very poetic but at the same time subversive and very very rock ‘n’ roll!!!!!
You know, and it’s almost goes without saying, that everything that is illegal, especially at that age, hires a sort of dark fascination, uncontrollable magnetism.

But leaving aside for a moment this point of view, the most important aspect of this story is that this phenomenon has acted as a propeller flow, influencing and shaping radically the entire radio/music scene, (Starting from the BBC) for all following years.

Among the many radio born between 1960 and 1970 that played in Britain stood out Radio Caroline and Radio London also called BIG L.

The real heart of all this have been Their pioneering DJs, many of these names, including John Peel (with its “Perfume Garden” broadcast by Radio London from May 1967 to the August 1967) will become major figures, if they were not already, in the future radio landscape.

Radio Caroline had a really different and controversial story with even a sinking because of a tornado in March 1980,
But despite this Radio Caroline re-commenced broadcasts abroad the ‘MV Ross Revenge’ In August 1983.
Amazingly it still survives today and is currently legally broadcast on the internet.