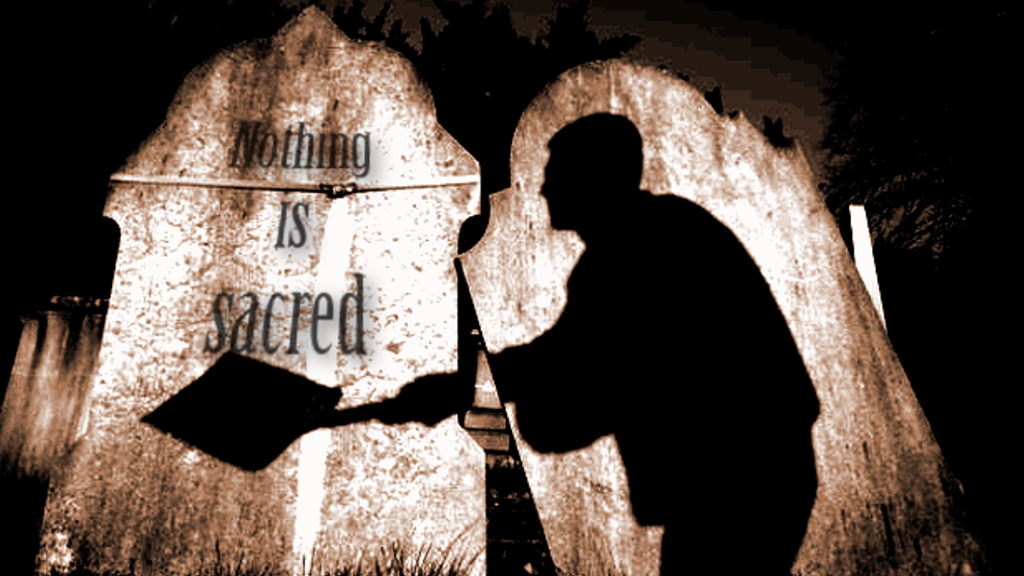 THE NEW MUSIC GRAVE ROBBERS – Some time ago, I stopped watching live and commercial TV due to the arrival of streaming sites and boxsets. Only occasionally will I see adverts for general products and I feel as if I have been freed from some dreadful Clockwork Orange torture as a result. When I am confronted with such bile, it always comes as something of a shock to my system and I find myself swearing at the bulletproof screen in impotent rage.

What has changed in the few years since I left the bombastic, glitter filled world of advertisement is the emergence of banal cover versions of entirely inappropriate songs. Each one of these soul-destroying performances (quite literally in some cases), is whispered in the style of a retarded parent sinisterly coaxing a child towards a nightmarish dreamland.

I suspect the message they are attempting to convey is a modern take on a classic song from a serious adult singer songwriter, like the bizarrely popular Ed Sheeran. There are vague folk undertones, cliched “alternative” vocals that give the impression their main influence is Stephen Hawkins, and a plastic sheen that feels as if everything is laminated so you can never quite grasp it, never quite taste it.

For some reason Cyndi Lauper’s True Colors is a popular choice. I suspect this is due to its dream like quality that people who talk of brands think fits well with their infantilising message.  Although this particular case is less offensive due to the fact that Phil Collins had already battered and molested the corpse beyond all recognition.

Most recently, The Beatles’ Across The Universe has been utilised to flog some smart phone or other via the vapid warbling’s of Rufus Wainwright. Using the dead as a soapbox to flog the next soon to be obsolete gadget is perfectly acceptable it seems. None of this should come as a surprise to me, but I can’t help feel as if someone has just started the conga during a funeral march.

https://youtu.be/esiYmQIOUts
A few years ago Tiger Woods, who would sell his urine as lemonade if Nike asked him to, did an advert where he allowed them to use footage of his dead father so he could apologise to him for being a whore, so I suppose digging up graves is the new catchy jingle.

Still, it has at least answered one age-old question; is nothing sacred?