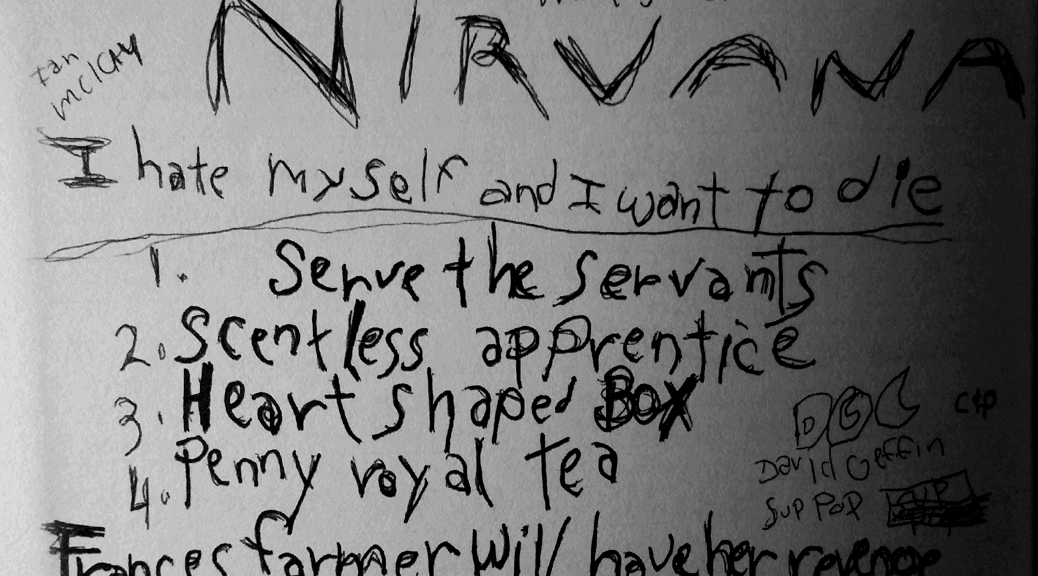 I Hate Myself And I Want To Die – By Lick Kwish – The easiest way to write is from a negative position, anyone with a half decent vocabulary can do It.

If You dislike something, add a large dollop of hyperbole and let It rip, It practically writes itself. This doesn’t make critical writing any less important of course, after all, how can We improve society in general if We greet each problem with patient optimism all the time? And seeing as I am about to do just that, I am hardly in a position to criticise criticism.

The musical equivalent of this is a brooding darkness. At its most repugnant It is self-pity.

In 1991 Nirvana broke to an ever-grateful British press, which had largely ignored anything with a guitar in It for the previous decade, aside from the jangling posturing of in jokes at the student union bar. In the quarter of a century since Kurt Cobain’s suicide, his martyrdom has continued almost entirely without friction.

What the marketers of Grunge had worked out was that selling junkie self-pity to the indulged crocodile tears of wealthy teenagers was like shooting fish into a barrel, something Cobain himself had little problem with asserting. “I hate myself and I want to die” became a grotesque T-shirt meme seen in every middle class high street around the globe as a result.

Alongside the cringe-worthy pillaging of Hip-Hop, this brought us the delights of Nu-Metal and Emo, a kind of politicisation of navel gazing that has informed national and international discourse on some level to this day.

The reason this has become a mainstay and not the grotesque fad It should have been is the assumption that anger and depression are inherently profound. If You doubt this, explain the existence of the unlistenable whining of Placebo, who are about to embark on a twenty-year anniversary tour. It certainly isn’t the charm of a front man with a permanent expression of constipation and self-satisfaction.

Any criticism of Nirvana tends to lead to a comparison of spandex and hairspray in the L.A. scene of the 1980’s, and of course Guns N’ Roses, Cobain’s contrived enemy modelled on Punk’s dislike of Prog. This is somewhat Ironic seeing as it was Guns N’ Roses who had destroyed the scene almost single handed a few years before. With massive backing from a major label, it was hardly the underdog story we have been sold the past few decades.

This has led to the invention of one of the stupidest labels in music “Classic Rock”, whereby anything before Grunge is dumped into a fetishized and sepia toned bin. Meanwhile, some skateboarder changes the shape of his trousers and metal gets a new subgenre.

So here we are, 23AC (After Cobain) and has the influence of Junkie Jesus and his rejection of bloated music led to a resurgence of honest Rock n’ Roll, or has It led to a cult of self that is almost entirely the privilege of the middle classes? To suggest all ills in music lay at the feet of one man would be absurd, to suggest He is a saviour figure, too honest for this world, is self-evidently indulgent nonsense of the kind the man himself would have been proud of. 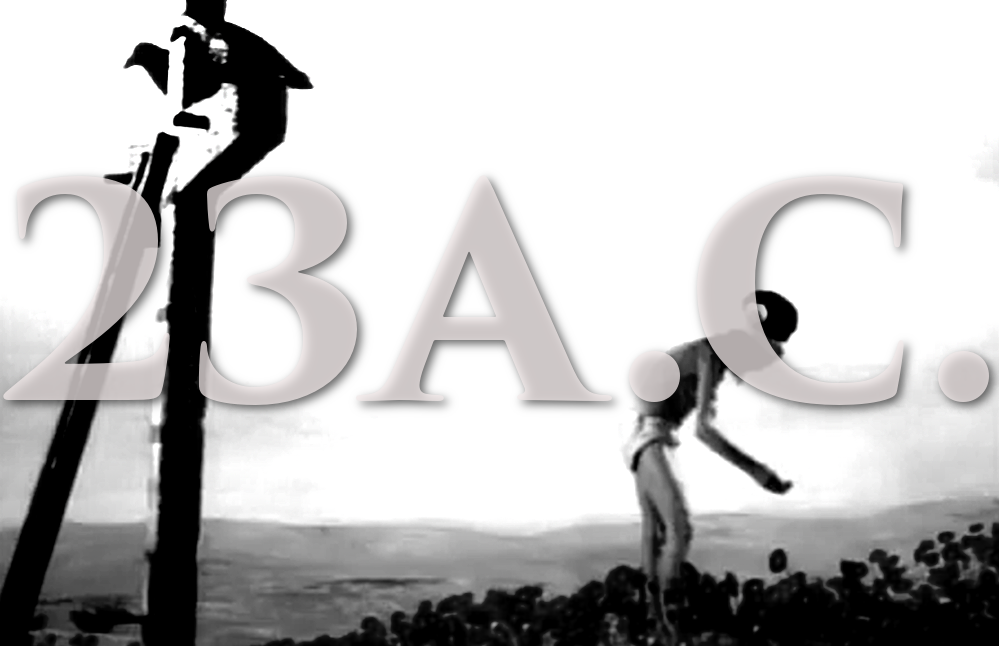