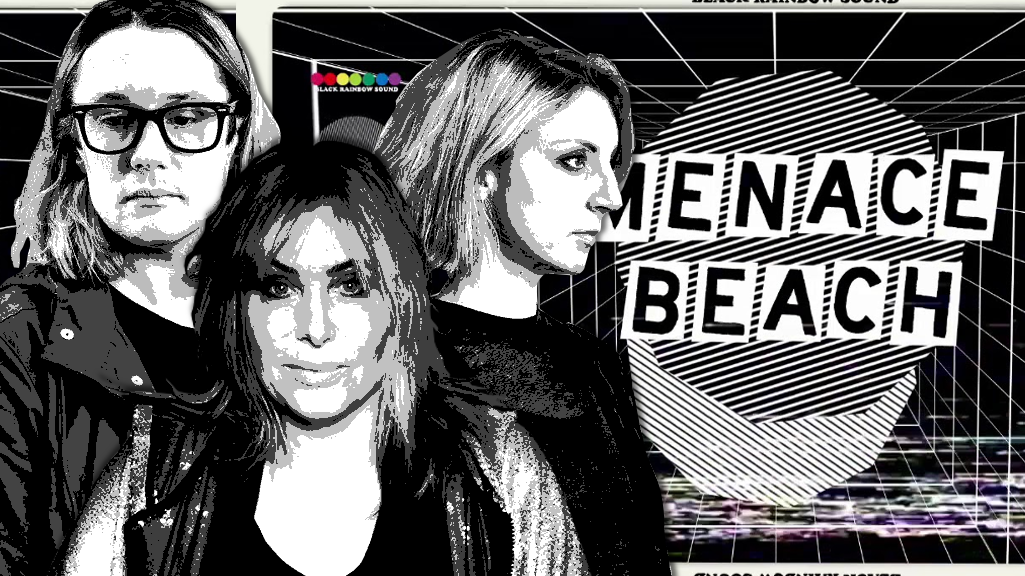 Leeds band Menace Beach are evolving. Their previous albums were a breath of Californian ocean air; sun-kissed palm trees, skateboards and back-to-front baseball caps. But their new album “Black Rainbow Sound” will fill your lungs (and ears) with Germany and The Motherland. Think synths and electronica; more meditation and premeditation, but obviously (and fortunately) their trademark distorted guitars remain. It’s a polyamorous marriage between the godfather of Rhine-born musical innovation, and the godmother of the British alternative music scene, Brix Smith. No mean feat!

Menace Beach have been criticized for being too nostalgically influenced by nineties American indie rock (but name any band who wasn’t?), and to be honest It’s nearly impossible to escape current psyche/fuzz/gaze musical trends. But to give them their dues, while being innovative is difficult, pleasing everyone is even more so. What I can say with certainty is the Menace Beach behind “Black Rainbow Sound” are far more convincing, more mature and much closer to the mark than they were with their previous album “Lemon Memory”.

The French chemist Antoine Lavoiser said this about the mass of matter: “Nothing is created, nothing is lost, but everything changes.” And with “Black Rainbow Sound”, while it’s nothing new, what matters is this change is undoubtedly one for the better.